Lander University has been providing educational and cultural opportunities since its founding in 1872 as Williamston Female College in Williamston, S.C. The college moved to Greenwood, S.C., in 1904 and was renamed Lander in honor of its founder, Samuel Lander. It became part of the state system of higher education in 1973. Lander is now a coeducational, state-assisted, comprehensive, regional, four-year university with traditional liberal arts and science programs, and professional programs in business, education and nursing. 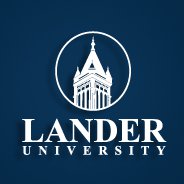